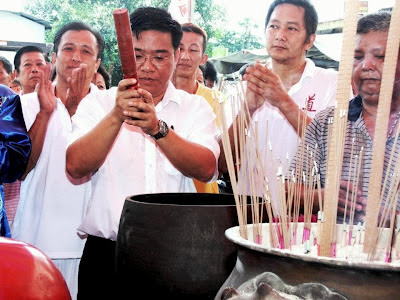 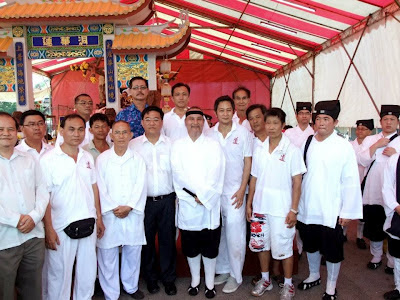 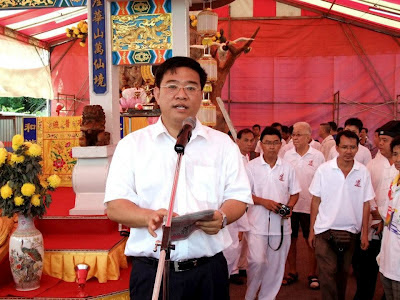 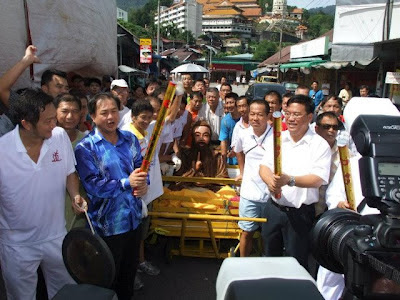 
THOUSANDS of devotees are expected to pay homage to the Tai Shang Lao Jun deity before it is taken on a grand procession this Sunday.

The statue of the deity was brought down from the Lean Wah Thong Temple and placed on a beautifully decorated float at a foothill near Kek Lok Si Temple in Air Itam, Penang.

It will remain there until noon on Sunday when the float makes its way to Han Chiang High School for a lighting ceremony before the 1st Tai Shang Lao Jun World Taoist Float Procession.

About 100 devotees followed behind the 400kg statue of the deity when it left the Lean Wah Thong Temple yesterday morning, the first day of the four- day celebration in conjunction with the temple’s 115th anniversary.

Organising committee chairman Loh Soon Cheong said the float procession was made possible for the first time, as the temple committee members managed to “gain permission” from the deity.

Loh said it was a coincidence to have businessman Goh Choon Lye sponsoring about RM1mil to ensure the success of the event.

“The preparation work for the float procession has taken about two months to complete,” he said.

Spotted among the crowd yesterday were an 88-year-old American woman and her son.

The excited mother, who wanted to be identified only as Joanne, said she was delighted to stumble upon the temple ritual.

“My son and I came to visit Kek Lok Si Temple and I intended to hike along the path up to the temple. But this proved too rigorous for me.

“So we decided to settle down at the foothill to check out this celebration,” she said.

Her son David, 57, said it was their eighth visit to the island, and this celebration was a pleasant surprise.

A total of 103 floats are expected to take to the streets for the procession on Sunday.

Tai Shang Lao Jun, also known as the Grand Supreme Elderly Lord, is the deity of Lao Zi and also the founder of Taoism.
Posted by Wong Hon Wai at 5:48 PM